Dr. Sheppard grew up in Kalona, Iowa, a small rural town in southeast Iowa.  Her upbringing was unique in that Kalona is an Amish community.   Though, Dr. Sheppard herself is not Amish, the values and sense of community that were a part of her surroundings strongly influenced the person that she is today.  She brings a sensible, results oriented and caring approach to her practice of periodontics and sees more than ‘just a mouth’ upon meeting and working with her patients.

Before enrolling at the University of Iowa, Dr. Sheppard chose to spend a year in France where she went to school, not to earn a degree, but to immerse herself in another culture dramatically different than where she came from.  To this day, she credits that year in France as having one of the biggest impacts in her life by teaching her how to converse in another language and to have a much broader understanding of others.

Dr. Sheppard earned her Bachelor of Science and Bachelor of Arts degrees at the University of Iowa in 1993.  It was also during this year that she married David.  After graduating, she worked in the healthcare field as a Clinical Research Coordinator.  It wasn’t until she visited her dentist in Iowa City that she realized that she even had an interest in dentistry.  She was accepted into the University of Iowa’s College of Dentistry and earned her DDS in 2001, graduating at the top of her class and receiving multiple awards along the way.  Immediately following graduation, she was accepted as a resident in the Department of Periodontics and earned her certificate in Periodontics in 2004.  Dr. Sheppard had a very unique experience in her residency.  As she managed her training in Periodontics, she also managed to have two children during the three years that she was there.  ‘Though it was very challenging to juggle being a resident as well as a new mother, it made me a more organized, resilient person and I am grateful for that’.

Upon finishing her residency at the University of Iowa, Dr. Sheppard, David, and her two babies moved to the suburbs of Chicago where she started Sheppard Periodontics and practiced up until 2019.  In August of 2019, she joined Dr. Hodges where she continues to practice and enjoys meeting and working with new patients.  ‘I am so grateful to have met Dr. Hodges.  It is unusual to immediately find someone who has a similar practice philosophy.  We both greatly value our patients and work to always make their experience in our office a great one!’ 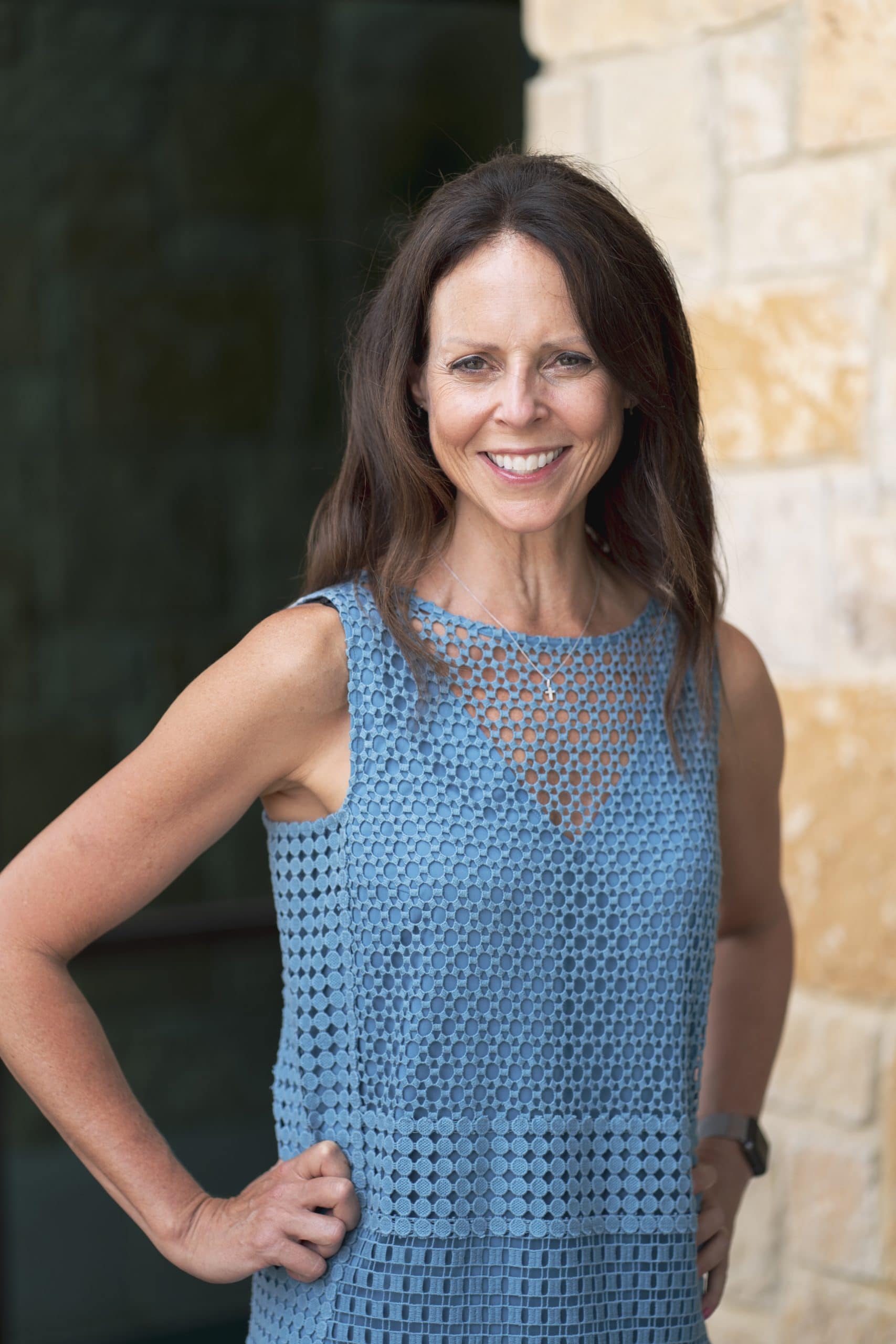 Dr. Sheppard has always been interested in healthcare and fascinated by the miracles of modern medicine and technology.  She also has a keen interest in art and how it can play a role in human esthetics.  While exploring various career options, dentistry was not actually one of the options she was considering.  Much to her surprise, after a visit to her dentist in Iowa City, she was convinced that it was exactly what she was looking for.  ‘Practicing dentistry has been a wonderful way to help people improve their health, their smile, and their confidence all while being able to add an artistic component!’

Dr. Sheppard was active in her dental community in Illinois and as a new Texan is planning on continuing this.  In 2005, Dr. Sheppard co-founded The Northwest Society of Women Dentists, an organization for women dentists who were often also business owners and mothers.  This organization provided a platform to discuss not only dentistry but topics outside of dentistry which included being a mother, a wife, a business owner along with many other things.

Dr. Sheppard has been recognized several times by prestigious organizations including:

outside of the office

Dr. Sheppard resides in Dallas with her husband of 27 years, her 17 year old son, 16 year old daughter, weiner dog Oreo, and two new baby kittens, Stewie and Roo.  She is very active and enjoys long rides around White Rock Lake on her road bike, tennis, and in general most outdoor things.  She loves cooking complicated new dishes and of course eating them.  Dr. Sheppard’s real love is France and traveling -which it turns out she hasn’t had much time for recently but it always on her radar screen